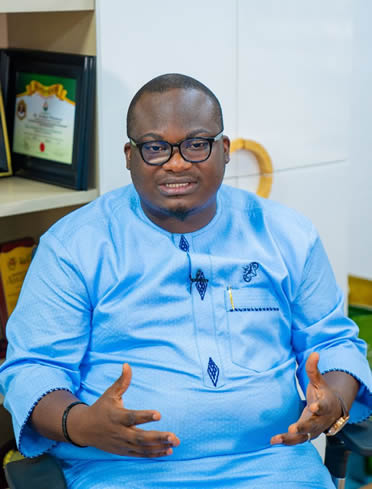 Lagos Waste Management Authority (LAWMA) will commence a special clean up exercise within its four operational districts, over the next one month, in a bid to crank up on the existential waste challenges in the state and to sensitize the people on proper waste disposal, so as to ensure a cleaner Lagos.

According to a release by the organisation, the exercise would commence on Thursday, 2nd September, 2021, at each district, starting with the West District, followed by East, Central and Lekki Free Trade Zone (LFTZ) respectively, where, according to the statement, two black spots will be identified, diligently and decisively cleaned up.

It further stated that Ilashe and Ibeshe beach cleanup exercise would take place on 18th September, 2021, to commemorate the World Clean Up day.

The Managing Director/Chief Executive Officer, Mr. Ibrahim Adejuwon Odumboni, disclosed this while addressing the media at the Authority’s headquarters, saying that “I want to enjoin the good people of Lagos to seize the unique opportunity presented by the World Cleanup Day, to come out en masse and ensure that every strand of waste in all the nooks and crannies of the state is gotten rid of.”

“Our PSP operators, market men and women; environmental sanitation officers; civil societies; traders; Local Government and Local Council Development Areas; CDAs and CDCs; Members of FIBRA; Recyclers; Non Governmental Organizations (NGOs); and all lovers of the environment are all enjoined to rise up to the occasion and clean up the whole state as a collective responsibility, in order to have a cleaner environment and a city of our dream”, he added.

He further admonished residents to shun all forms of indiscriminate dumping of refuse at beaches, shorelines, waterways and other unauthorized locations, to avoid and avert flooding and other related environmental hazards, so as to ensure a sustainably cleaner environment, even after the exercise.

The Authority further assured residents of its continued commitment and the determination of the state government, to bequeath a safe and clean environment to the people, while also urging them to continue to support Governor Babajide Sanwo-Olu’s “THEMES” agenda in order to consolidate on the successes and achievements recorded, especially in the Health and environment sectors.